Chuck Zboril of Bonita Springs, FL passed away Saturday morning July 13, 2019. He was born March 6, 1936 in Detroit, MI to the late Charles and Anne Zboril. He has been a resident of Bonita Springs since 1998 previously residing in Rolling Meadows, IL.

He was in the Marine Corps, discharged in 1958 and married Jean on July 12th of that year. He graduated from Michigan State University in 1962 with a degree in Police Administration. He spent 23 years as a special agent in the U. S. Secret Service and 13 years as Asst. Director of Security at McCormick Place in Chicago, IL.

He enjoyed life in Florida, golfing with friends, traveling and spending time with family. 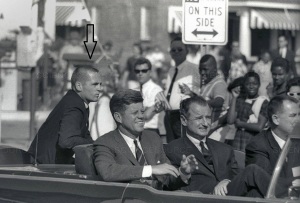