The former executive director of the Central Intelligence Agency, Briggs spent one year working on research for The Sixth Floor project in the Washington, D.C., offices of exhibition designers Bob Staples and Barbara Charles. Recorded February 16, 2009.
Mr. Briggs passed away on November 4, 2015.

WOW! I posted about the disturbing Sixth Floor Museum connection of former CIA officer Charles Briggs and two relatives of his went nuts! They want this connection—get this—“erased from the internet. You have no business defaming a good man. He worked successfully with the Kennedy administration, NOT against it.” His granddaughter actually inspired me to keep up my post and expand it + share it on social media everywhere. She actually had the audacity to tell me “take it down. Take it down NOW.” I don’t obey.

Is it not amazing how a guy can live in the shadows his whole life, and then suddenly, due to an obituary, we find out who he is.

Briggs helped set up the sixth floor for CIA, he apparently oversaw CIA interests in declassification for ARRB, and now we know he went through Angleton’s files after he was removed by Colby.

This guy was a player in the JFK case and no one knew it.

I inadvertently stumbled on this connection, here in this forum while investigating other issues, and Gary Mack and I had a “private” conversation about Charles’ status. Charles Briggs had more knowledge of more secrets in the CIA than probably anyone other than Angleton (and it appears he was the keeper of Angleton’s files as well, moving about 15% of the 400 yards of files into the main CIA database and overseeing the destruction of the rest).

CHARLES BRIGGS as a younger man. The former executive director of the Central Intelligence Agency, Briggs spent one year working on research for The Sixth Floor project in the Washington, D.C., offices of exhibition designers Bob Staples and Barbara Charles.

The Parkland Hospital mystery man 11/22/63: people on The Education Forum believe he looks like Briggs!

Unidentified male in sunglasses (inside the hospital wearing sunglasses?) that some people want to believe is a Secret Service agent. I do NOT recognize him at all (and I am much aware of what all the agents from the Dallas field office and White House Detail look like)

All the photos together 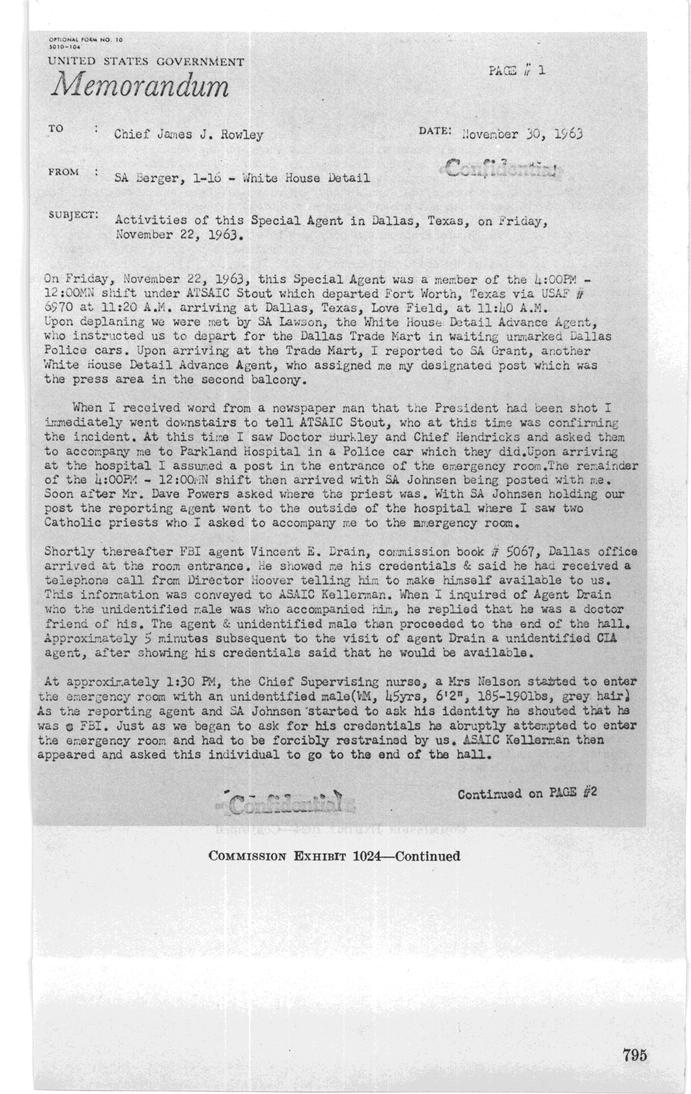 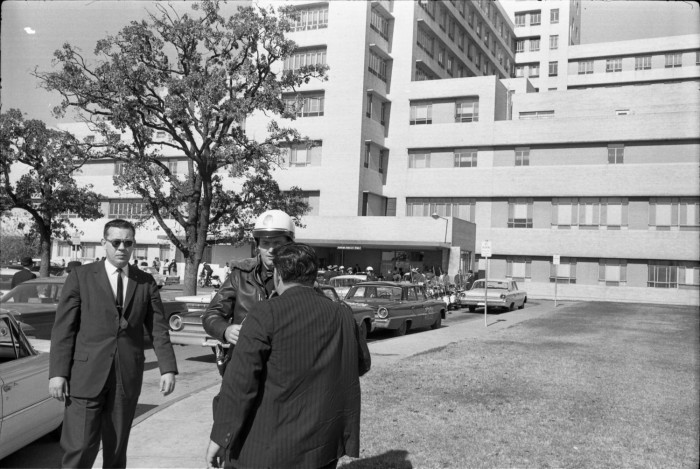